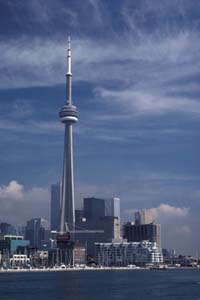 Free Wi-Fi is crossing the border.

Toronto is set to become the first Canadian city to sport a citywide Wi-Fi network, following the lead of American cities Philadelphia and San Francisco and the UK capital London.

Page through the Toronto Star and you’ll find the announcement that Toronto Mayor David Miller is at the forefront of the effort, which would allow local water provider Toronto Hydro to deploy a huge number of wireless street lamps around the large city. It’s a bold initiative, one being watched closely by Rogers, Bell, and Tellus, all of whom already provide wireless services to Toronto’s paying customers.

Agreements were worked out in Philly and Frisco, and Toronto Hydro hopes that it will have similar success in the biggest city in the country.