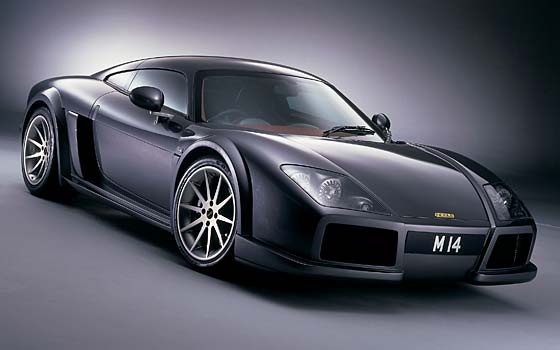 If you thought that Bentley and Rolls Royce were the be all and end all of British engineering, you have another thing coming. There are quite a few other carmakers out there, and now Noble is creating the next great British supercar. Christened the M15, this powerful vehicle is the successor to last year’s M14 concept.

You’ll find a twin-turbo, 3.0-litre V6 engine powering this beast, mounted in line with the chassis, rather than the transverse orientation found in the M14. As a result, there is a brand new six-speed transmission to be found as well. You’ll certainly turn a few heads, and those heads have got to be turning pretty fast, because if you’re cruising around in the Noble M15, you’re controlling 455 horses.

With a price tag set in the £75,000, or about $130,000 USD, it seems that the British auto maker is trying to target the M15 in a similar market as the Ferrari F430, Lamborghini Gallardo and Lotus Esprit.