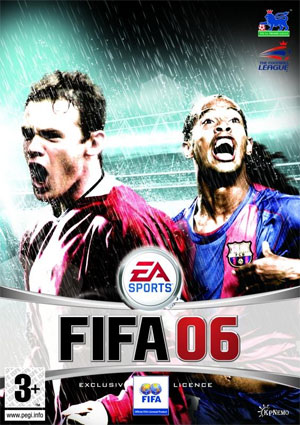 Electronic Arts, the leader in the video sports games has announced that they are working on an official video game version of the 2006 FIFA World Cup for pretty well every platform out there, including your cell phone.

2006 FIFA World Cup should be hitting shelves next month, and you can feel pretty safe that no matter what gaming console you own, there’s a very good chance you’ll be able to play. The game will hit the PlayStation 2, Xbox, Xbox360, GameCube, PC, Nintendo DS, Game Boy Advance, PlayStation Portable, and yes, even mobile phones.

This is an officially licensed product, so this game isn’t about fictional players and stadiums. Quite the contrary, the 2006 Fifa title from EA will contain nearly 100 of the world’s soccer superstars across 127 national teams, along with 12 official stadiums as part of the 2006 FIFA World Cup Germany. You can even jump online and play with up to seven other people.