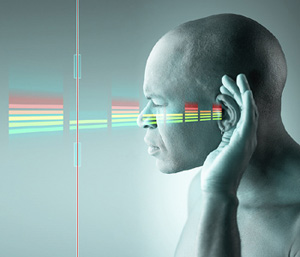 As some areas of technology have advanced, others have lagged. Such a case of lagging is the microphone. How often do you use a microphone these days? Talking on the phone, using VoIP, or recording and mixing music? So far, all of the technological advancements have come at the expense of analog-days microphones.

A company named Akustica has announced the development of a single-chip microphone, the AKU2000, which can be made using standard silicon processes and will lead directly to better sound quality on laptops, VoIP phones, video cameras, and the like.

Akin to the difference between VoIP and a regular phone call, the AKU2000 will deliver sound digitally, as opposed to today’s microphones, which are really analog-to-digital converters that can’t help but allow noise during conversion. Today’s microphones require interference-preventing devices and, consequently, take up more space than the AKU2000 will. Users will have the option of adding another microphone chip in that space, increasing the quality of the sound even more.

Very soon, your sound recording capabilities will have caught up with other elements of the sound process.