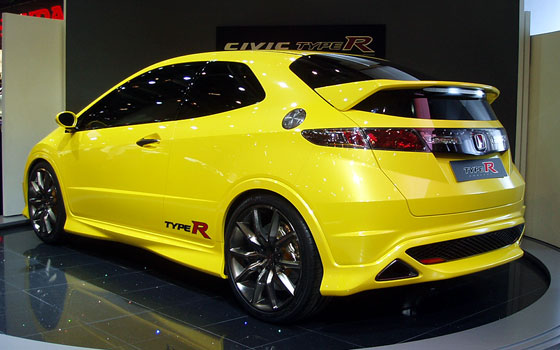 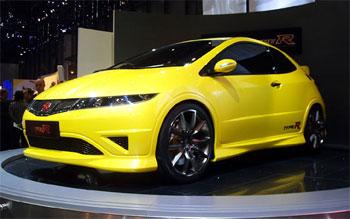 The Type R badge has a rich heritage behind it, with the monster NSX Type R, and perhaps more notably, the Integra Type R – known as the absolute best FF (front engine, front wheel drive) race vehicle on the road. The public has already gone wild over the recent redesign of the Honda Civic, especially the Si coupe, and now, we’ve learned of an expected early 2007 release of a Civic Type R.

Honda hasn’t had a true Civic hatchback since the EK chassis (1996-2000 model years), because, let’s face it, the previous incarnation (EP3) was basically a two door station wagon. The new Civic Type R brings the hatch styling back, and along with it a 2.0-litre 197hp engine, said to come with improved VTEC variable valve timing. This will help it be faster, it seems.

I wish I was in Geneva right now to check out the Civic Type R at the Motor Show, but for the time being, these pictures will have to do. According to Top Gear, pricing should be in the £17,000 (about $30,000 USD) range.