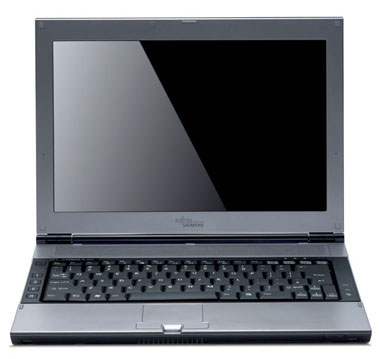 I’m not really sure that I would go as far as Fujitsu-Siemens and call the Lifebook Q2010 the “world’s most desirable laptop”, but its “black piano lacquer” finish will certainly turn some heads, as will its $5000 price tag. Are they justified in putting that as the asking price? Well, let’s have a look at what the Q2010 notebook computer has to offer.

Not only can you connect to the world around with Bluetooth 2.0, Gigabit Ethernet, and 802.11g Wi-Fi, but this notebook is also compatible with 3G mobile phone networks. There’s even a fingerprint scanner for secure log-ins. Best of all, the lithium-ion battery packs eight hours of use on a single charge.

If you want one, you better get in line now because the Fujitsu-Siemens Lifebook Q2010 is only available in limited quantities, and will ship sometime in the second quarter of this year.