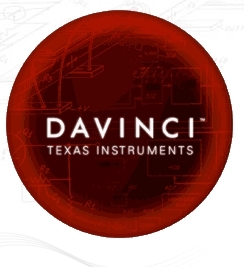 Texas Instruments has just released a new version of its DaVinci technology that is specially engineered for digital still cameras.

The innovation comes with a very versatile processor that is three times more powerful than the previous one. This capability enables the camera to produce and process extremely vivid pictures. DaVinci also has a wide array of programs that mimic a complete digital camera.

The new Texas Instrument innovation is not limited to still images alone. High definition video recordings will also benefit from the impressive processing power and features of DaVinci.

DaVinci supports camera units that have up to 16 megapixels. It could also record high-definition videos at rates of more than 30 frames per second at 720P clarity. These recordings could then be played back directly on the camera or in other display devices such as a PC LCD or HDTVs.

Third-party original software have the capability to take photos through a re-designed program image pipeline or a hard-wired photo pipeline. It could process photos of up to 75 MP/second.