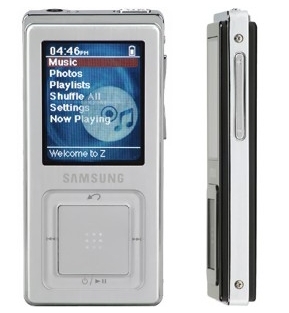 All is fair in love and war.

As part of efforts to get a bigger chunk of the MP3 player market, Samsung has hired the services of Paul Mercer. Yes, the same software designer that helped shape Apple’s iPod.

The news is seen as a testament to how Samsung believes that consumer electronics now rely on computing capacity that defined PCs years ago. With the selection of Mercer, Samsung is banking that its YP-Z5 music player will get a bigger share of the market by stocking it with software that copies applications found in powerful desktops.

The Z5 portable MP3 player, shaped like a stick of gum, is expected to be launched on March 5 and is said to be priced at US $199 to US $249. It features a 1.8-inch color screen and boasts of a 35-hour battery life. It is said to be intended as the direct competitor of the iPod Nano.