Not all German carmakers are about making luxury vehicles that will break the bank. Loremo AG is one of these exceptions, because they are revealing their ultra efficient LS at the Geneva Motor Show, said to be capable of an absolutely astounding 157 miles per gallon. By contrast, the popular Toyota Prius hybrid only does 55 MPG.

The engine is a tiny two-cylinder turbo diesel, and as a result, you can’t possibly expect a whole herd of horses under the hood. In fact, the Loremo LS only has 20hp and a top speed of 160km/h (about 100 mph). That said, what other car on the market can say they only need 1.5 liters of gas to travel 100 kilometers… and look this good doing it. Despite its tiny stature, the company says there is seating for four. I suppose being a mere 992 pounds (450kg) can’t hurt the fuel economy, either.

This is one great sporty-looking car that won’t break the bank. They plan on selling the Loremo LS for about $13,000 USD. 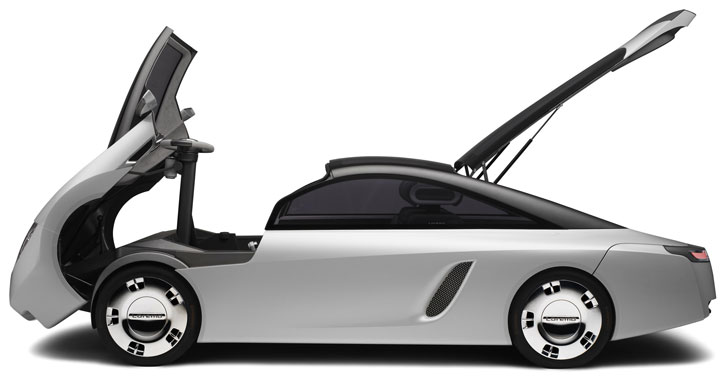