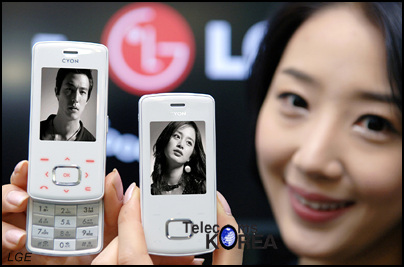 Remember last November when LG Electronics unveiled its “Chocolate” mobile phone? It seems that the market response has been positive, so positive that the company is set to release another flavour, so to speak: “White Chocolate”. The LG SV590 shares a similar feature set as its black cousin, except the keypad is scented with lavender. Yes, scented.

The original Chocolate has been a huge hit, selling more than 4000 units in its first day, with total sales running in excess of 300,000 to date. LG took the natural step of offering another color “as black and white are the most preferred colors in fashion.”

This “White Chocolate” slider phone is incredibly slim at a mere 14.9mm of thickness, but that doesn’t mean it comes up short in functionality. Quite the contrary, the 2-inch QVGA LCD screen is adequate, as is its MP3 playback capabilities complete with 512MB of on-board memory. The SV 590 handset along with its dark chocolate brethren “will become must-have items among fashion minded people,” according to LG.