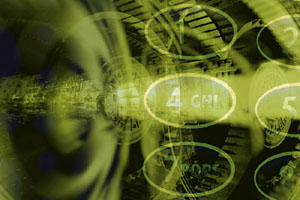 With the growing simplicity of connecting a mobile phone to a desktop computer, and vice versa, comes the increasing threat of a virus infection from mobile phones. After all, how difficult could it be for a virus to come along with your data when it is transferred from a desktop to a handset? This is a very real fear for many security experts, and a movement is afoot to install antivirus software on all mobile phones.

Such a move seems natural given the progression patterns of data from one device to another, but many in the mobile phone industry seem reluctant to jump on the antivirus bandwagon.

“At this point, that is absolutely not required by individual customers,” said Verizon Wireless spokesman Jeffrey Nelson.

Officials representing other mobile providers are similarly convinced that they shouldn’t rush to judgment at the hands of Symantec, McAfee, and other antivirus software manufacturers. They say mobile phones being compromised by viruses aren’t exactly headline news these days, we beg to differ.

But some security experts want to be in front of the problem, so that a catastrophic virus doesn’t shut down a mobile network, for example.

A research specialist at F-Secure, another antivirus software manufacturer, reported last week at the RSA Conference that more than 150 viruses designed to target specifically mobile phones have been discovered in the past 20 months. Compared to the number of known PC viruses (150,000), the mobile phone threat seems small. But the number of mobile phones sold in the past 20 months also far outstrips the number of PCS sold. And it is this figure that has security experts and antivirus software makers both worried and opportunistic.

“I think we’re really at the tipping-off point,” said David Rayhawk, a mobile threat researcher at McAfee, one of the top antivirus software makers.McAfee has software installed on some mobile phones in Japan. Finland-based F-Secure has a detailed agreement with Nokia to make antivirus software available for Nokia customers.

But the majority of mobile phone execs see no reason to rush into the arms of antivirus software makers. Whether their reticence is warranted remains to be seen. Many security experts say it’s only a matter of time until all mobile phones have some sort of virus protection. The focus now seems to be on how much time will pass before that day comes.