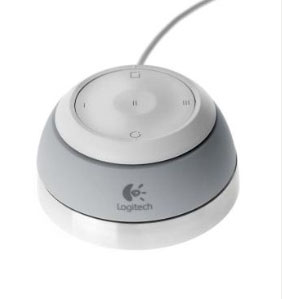 An answer to the growing needs of designers and artists who want more convenient controls in their Adobe Creative Suite 2 (and standalone CS2) software, Logitech and Adobe Systems unveil the NuLOOQ Professional Series. The product line is made up of the NuLOOQ navigator and the NuLOOQ dial software, both of which are made for Adobe applications.

The NuLOOQ navigator complements the other input devices such as a mouse and keyboard, although may interfere with a tablet. Its tooltuner allows the user to alter or calibrate option values. Dragging images and documents on the screen is also convenient, courtesy of its navring. It also has integrated triggerpoint buttons that launch tools that are commonly utilized by the user.

With the new device, designers need not be too preoccupied with browsing through and selecting controls on their Adobe CS2 and standalone CS2 design software. They also do not need to memorize cumbersome or cryptic shortcut keys to access controls or files.

The NuLOOQ Professional Series will be available for US $149.99 in the United States. Its release date is slated for March.