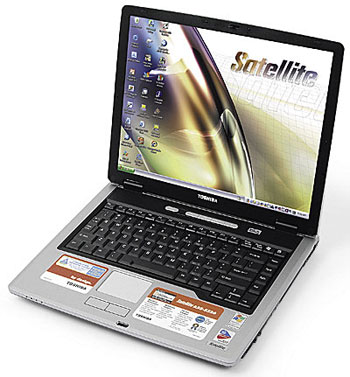 Wal-Mart has just teamed up with Toshiba America to produce a laptop that is RoHS-compliant.

The RoHS (Restriction on Hazardous Substance) is a European Parliament measure which prohibits the use of specified hazardous substances in electrical and electronic devices. The directive will take effect on July 1, 2006.

Despite the fact that the United States has no similar law or directive which mandates the reduction of hazardous components in electronic devices, Wal-Mart has taken the initiative to campaign for environment-friendly computers. It hopes that by complying with the European directive, PC manufacturers would be encouraged to supply products which do not contain dangerous substances such as mercury, cadmium and lead. Beginning July 2006, the retail giant will only sell RoHS-compliant PCs.

Toshiba’s Satellite A55-S1064 is the first RoHS laptop that Wal-Mart is offering to its customers. The unit is powered by a 1.60GHz Intel Celeron M processor. Memory capacity is big at 512 MB (DDR2). It has a substantial viewing space courtesy of its TruBrite-enhanced 15-inch screen. Over the air Internet access is via an Atheros 802.11 b/g wireless LAN. It has a 40GB hard disk drive, complemented by a CD-RW/DVD-ROM optical drive.