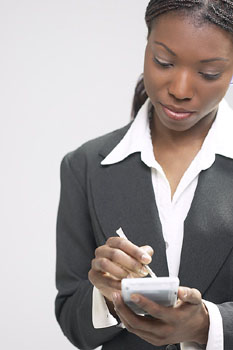 The very fact that you can take your office with you keeps many corporate security experts up at night. As easy as it is to download files to your mobile phone and access those files via a Wi-Fi network out in public, it is also easy for someone to swipe that data. Worse, lose that mobile phone with all that data on it and you might as well hand over the keys to the company data vault, since mobile phones are notoriously easy to decrypt.

According to a story by the New York Times, 85,000 mobile phones and 21,000 handheld computers were left in taxicabs in Chicago alone during a six-month period in 2005. That’s just one large city in one large country. The total numbers of electronic losses are undoubtedly astronomically higher. And that’s just lost devices. Those figures certainly don’t take into account the reams of data that have been stolen by determined hackers who prey on unsuspecting Wi-Fi and mobile phone users.

And as more and more handheld devices are able to run on Windows Mobile and other PC-related operating systems, the proliferation of computer viruses is undoubtedly going to spread through the handheld market just as it has through the desktop and notebook market.

What’s a company to do?

Encourage employees to be more careful, for one thing. The rush to achieve ownership of the latest in technology has convinced many people that they value convenience over security. Yet, as any solid security expert will tell you, the confidential files and data of a company are far more valuable than the devices that those files and data are stored on temporarily.

Many companies are restricting this kind of data portability, referring their employees to access company-controlled websites in order to download information. Other companies issue their own mobile phones to employees; these phones come equipped with a security locking device that, if not deactivated, wipes the memory of the device.

The greater battle, it would seem, is awareness. Making employees understand that they have to be more careful with sensitive data is the name of the game for many security experts. Debunking the notion that electronic devices are more secure than plain old files and paper is another strategy.

The bottom line: protect your devices as best you can, and think twice before logging on to Wi-Fi in an unfamiliar place.