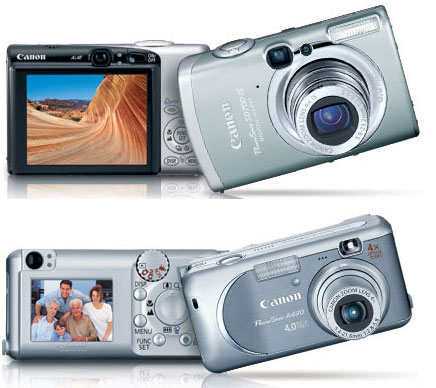 Four new cameras from Canon make it even easier to take spectacular photos. All four feature six-megapixels and a range of options to make any user happy.

The PowerShot S3 IS replaces the earlier S2. It features the DIGIC II image processor for better image quality. It offers VGA quality video at 30 frames per second or QVGA at 60 fps along with still photography. MovieSnap lets you take photos while you are recording video. It has a 12x zoom lens and image stabilizer. It will be available in May for $499.99.

The company has also released 3 Digital ELPH cameras. They all also feature the DIGIC II image processors. They all have 173,000 pixel LCD screens. The PowerShot SD700 IS adds Optical Image Stabilization to the earlier models of the camera. That, along with the 4x zoom, are new to the Digital ELPH line. The ultra-thin camera has a 2.5 inch screen. It will cost $499.99 when it is available in April.

The PowerShot SD630 has a large 3 inch screen and 3x zoom. It has a touch control dial like you would find on MP3 players to make finding and sorting your pictures easy. It will cost $399.99 in April.

Finally, the PowerShot SD600 has a 2.5 inch screen and 3x zoom. The cheapest of the new offerings will be available in March for $349.99. 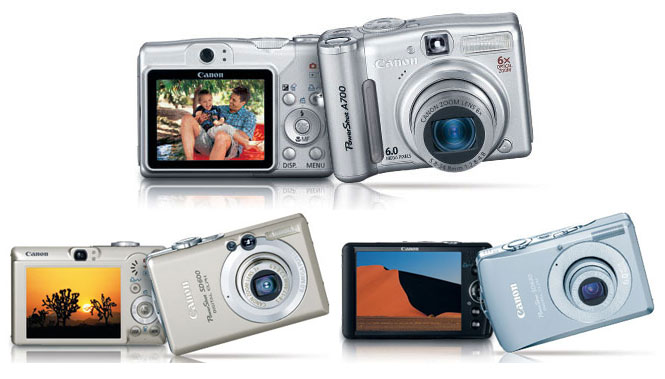