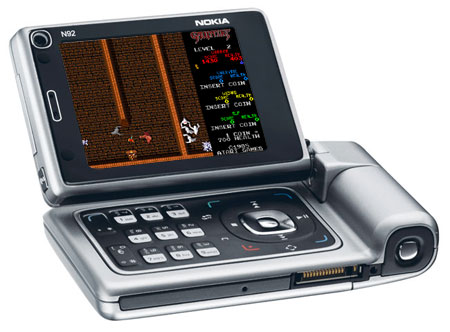 Here’s a blast from the past if I’ve ever seen one. It’s been ages since anyone has mentioned the name “Commodore” and never in the context of “high tech” or “mobile technology”, but it seems that brand is about to resurrect itself. Word is that Commodore is working to enter the mobile gaming market later this year.

No titles, screenshots, or other pertinent information have been released just yet, so it will be interesting to see what kind of strategy the company decides to take with this one. Do you re-release tried and true favourites from years ago, like Ultima IV, Gauntlet and The Last Ninja? Or, do you try to innovate the industry with some revolutionary new titles and attach them to a name that immediately rings of fun for those who grew up with their eyes glued to that monochrome Commodore monitor.

The first phase of their plan is to bring 17-inch touch screen demos to European retailers for a “try before you buy” experience some time this year.