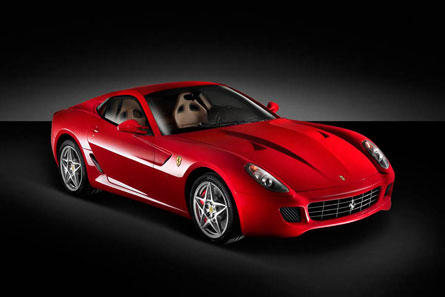 With the 575M Maranello getting close to the end of its run, everyone had their eyes glued to the Italian carmaker’s factory for its successor. Ferrari has now announced the 2007 release of the 599 GTB. It seems this car has been spotted on several occasions in the past little while, with industry pundits predicting a 600 Imola, but Ferrari has gone literal with the displacement of the V12 engine, as it is 5999 cubic centimetres, rather than exactly 6.0 litres.

According to Ferrari, this monster of an engine, based on the one found in the Enzo supercar, makes the 599GTB the most powerful V-12 production car of all time. This is the same engine found in the 612 Scaglietti two-plus-two coupe, and is said to put out at least 620 horsepower, peaking at 7600 rpm. With an estimated curb weight of 3534 pounds, this car will certainly get your flying.

Dreamed up by Italian design house Pininfarina, the Ferrari 599GTB will likely utilize the company’s “tried and tested all-aluminium construction”. No word on price, but if you have to ask, you probably can’t afford it.