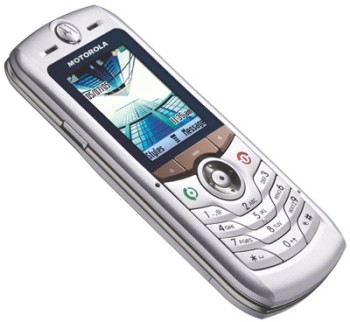 As expected, there is no shortage of new handsets being introduced at 3GSM in Barcelona. Some feature mobile TV or other snazzy cutting-edge features, but Motorola’s L2 is quite a different beast altogether. Primarily based on the SLVR L7, this slim candybar handset is designed with the business user in mind, but one that doesn’t want to empty his expense account for a new phone.

There isn’t a heck of a lot of features, so expect this phone to be pretty cheap. That said, it is one of the very few entry-level phones that sports Bluetooth. Internal memory isn’t humungous at a mere 10MB, but seeing how the L2 is meant to be a businessphone, there is no need for oodles of storage space for multimedia. That said, this phone is capable of MP3 ringtones and video playback.

Motorola is claiming 350 minutes of talktime, as well as an optional USB charger, and Java MIDP 2.0 support. High speed data comes in the way of GPRS Class 10 and WAP 2.0. The Motorola L2 should be available very soon as they are stating a release date of Q1 2006.