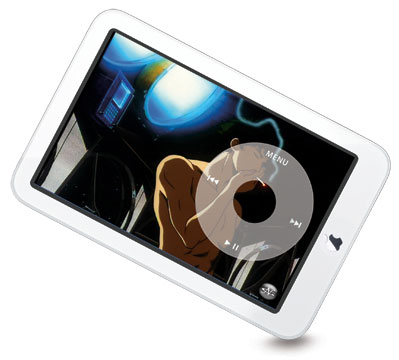 Yet another rumor is floating around that would suggest that we are closer to having a true video iPod. Unlike the current version which looks much like any other iPod, the new model will reportedly have a whole new look. To start, it will have a 3.5 inch screen, which will be a big step forward from the 2.5 inch on current iPods with video. The display will cover the entire front face of the device.

Though news is rampant about wireless advances in iPods, sources are adamant that this version will not have wireless capabilities. There is obviously no specific word on when we will see this model on sale, but some suggest that clues point at or around April 1.