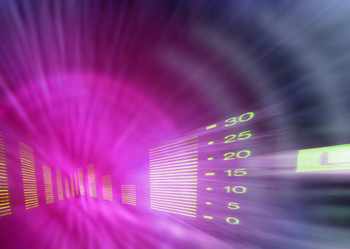 A conference in Rome last week might have significant implications for the future of the digital world. The most important result seems to have been the elevation of awareness of the titanic struggle between creators and consumers of digital content.

Delegates from around the world attended the conference (with the long working title of Future Digital Economy: Digital Content Creation, Distribution and Access) on January 30 and 31. Discussions were lively and surprising, according to observers.

Hand-wringing at digital piracy seems to be at an all-time high, and industry bigwigs have reacted by introduced digital rights management (DRM) technologies in efforts to make content theft-proof. Such “lock down” efforts have prompted consumers to express outrage at what they see as an infringement on their rights as content recipients. Attempts to find a middle ground have been unsuccessful of late (mainly because there’s not much middle ground to begin with).

But the Rome meeting also involved a discussion of a very different approach, that of “user-generated content.” This is, essentially, the flipside of industry-produced and -protected material: The Idea is that the masses produce their own digital content; and if they want to share it with their mass brethren and sistren, then that’s their right and privilege as content creators. The photo-sharing giant Flickr comes to mind as an example of this concept, as does Apple’s iTunes, which allows users to post their own iMixes, podcasts, and other forms of “expression.” More basically, blogs can be forms of content sharing, as bloggers share their (sometimes innermost) thoughts and offer them up for the world to read, copy-and-paste, etc.

Then there is the software end of content sharing itself. In recent weeks, ISPs have announced plans to limit subscriber access to BitTorrent and other software that greatly eases the difficulty of distributing open-source content. Such limit usually comes in the form of a toll (on the order of what someone would pay on the information superhighway) or in downright denial of access.

The consensus of the Rome conference seemed to be that consensus was difficult to find. If nothing else, everyone was talking about everything, which for some parties can be considered a major victory.

The result, it seems, is a picture that is far more muddled than it used to be and getting no clearer by the minute. The Internet has proved a powerfully easy way to share information—of all types—and regulatory officials fear the sort of wide-open approach that some consumers advocate. Consumers, on the other hand, no doubt recognize the need for some sort of safeguard system, especially in the realm of state and company secrets. The methods of communication these days are lightning-fast descendants of traditional modes, and the laws and best practices are having a difficult time catching up. When and how they do remains to be seen.