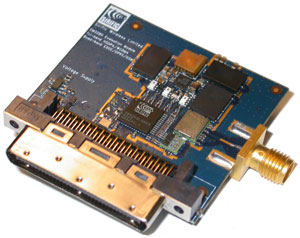 Sirific will show off what it claims is the industry’s smallest multi-band HSDPA/WEDGE radio module at the 3GSM World Congress, the Richardson, Texas-based manufacturer announced on Tuesday.

The EM3200 is built on the company’s foundation single-chip CMOS RF transceiver. It is also stocked with a tri-band WCDMA system and a quad-band GSM/EDGE subsystem, but the module has fewer than 130 components in a super-tiny board area that Sirific says is 150 percent smaller than its competitors. The result is a highly integrated chip that can transmit and receive signals in multiple bands (including GPRS). And the big picture is more functionality using less space, all in the name of greater productivity and mobile phone customer satisfaction.

“The EM3200 is the result of Sirific’s focused effort to deliver the world’s most integrated and cost effective RF solutions for multi-mode mobile handsets,” said Michael J. Hogan, President and CEO of Sirific Wireless. “RF board space and cost are among the top concerns for manufacturers of next-generation multi-media, thin-profile mobile phones. Sirific’s EM3200 addresses both of these concerns by providing a multi-band HSDPA / WEDGE radio subsystem with the industry’s smallest footprint and lowest bill of materials.”