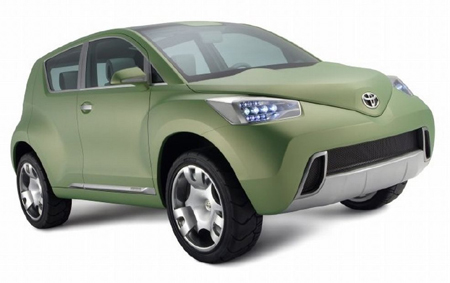 Toyota has had a Land Cruiser forever, but now they seem ready to give us a new way to cruise. The Urban Cruiser is a new Toyota concept that will be unveiled at the Geneva Auto Show. Specific details are scarce, but that just makes speculation easier. It is said to have an interior ‘inspired on trendy furniture’. That certainly leaves the possibilities open.

The Urban Cruiser could have been designed by Toyota to fill the gap created by the increasing features (and therefore cost) of the RAV 4. That car has added fancier interiors and better engines, but has priced itself out of the entry-level category. The Urban Cruiser, which looks like the love child of a Nissan Murano and a Volkswagen Beetle, could provide Toyota loyalists with a way to go from car to SUV without breaking the bank.

Until they officially unveil the car we won’t have more of an idea of what exactly this car entails or even how serious they are about taking it from concept to reality.