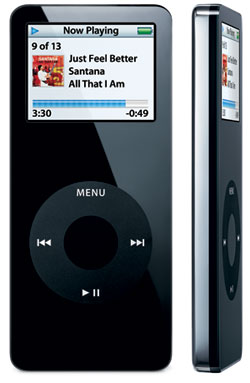 Apple has unveiled the 1GB iPod nano at a price of only $149. The 1GB nano is identical with respects to features and design, just a tad smaller than its big brothers; the 2GB and 4GB nanos.

This is Apple’s strategy to target the lower-income bracket of consumers who have maybe considered an iPod, but just couldn’t afford to lay down a few hundred bucks. Apple also dropped the prices of the 512MB and 1GB iPod Shuffles, they are now $69 and $99 respectively.