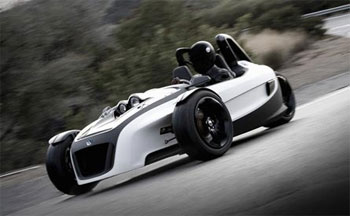 If you thought your tricycle days were long gone, think again. Volkswagen has developed a three-wheeler that looks like a blast to drive, but the single wheel is behind you with two tires in the front. At first glance, the GX3 looks almost like a glorified go-kart on three wheels, and in a way, the 125 hp little ripper kind of is. It is officially classified as a motorcycle, so just a regular old four-wheeler driver’s licence won’t do, but you sit in the roofless wonder like a car, complete with racing-style harnesses.

You can even take a passenger along for the ride and have them sit right there beside you as your rip down the highway at breakneck speed. The 112.5 lb-ft of torque will definitely get you going—Volkswagen claims a 0-62mph time of 5.7 seconds. The trike will only be sipping at the pump, though, with a reported 46 mpg.

Look for motorcycle-style headlights, LED taillights, composite body panels and twin roll bars in the GX3, but you better bring a helmet because there is no roof and no windshield. Unlike other concepts at the auto show, the GX3 might actually be close to production ready, with a possible 2007 launch. The 1257-lb vehicle should retail in the $17,000 range. 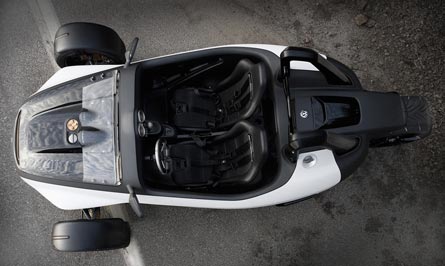