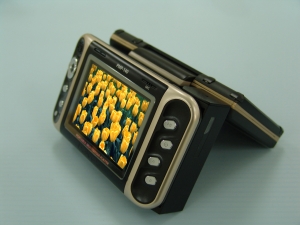 Samsung has rolled out the initial version of a fuel cell for portable multimedia players, the company announced on Tuesday.

The affiliate Samsung Advanced Institute of Technology did the heavy lifting, creating a 1.5-watt players that can run up to four hours on the fuel cell cartridge, which is replaceable and runs on methanol. Another PMP-loadable fuel cell is on the way, Samsung said, and that one will run for 10 hours on a single charge.

In conjunction with that announcement, Samsung also revealed a PDA fuel cell that emits 1.3 watts of power and can run up to eight hours, quadrupling the battery-powered capability of existing technologies.

The company has really been on the fuel cell bandwagon in recent months. In November, Samsung said it had developed a fuel cell for laptops that was able to run up to 15 hours on a charge, with an energy density of 200 watt hours per liter.

All the developments are in line with a recent survey, which predicted fuel cell growth would increase substantially in the next decade.