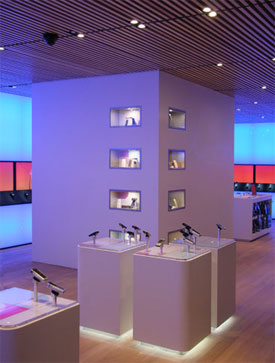 The results are in – people love fancy phones. Overall phone shipments were up 17% in 2005 over 2004 levels. High-end phones, such as those with 3G capabilities and music or video players did much better over all. 55 million of the devices were sold in 2005, which was a 165% increase for the year. The high-end phones are profitable for the makers because of their high process, but they still make up a fairly small part of the overall market. More than 825 million phones were sold in 2005, high-end phones were less than 7% of all phones sold.

Of the 825 million phones sold, Nokia made 32% of them, or 265 million. They were followed by Motorola with 146 million, and then Samsung, LG and Sony Ericsson. The order is the same as last year, though Sony Ericsson closed the gap on LG from 1.6 million to just 100,000. The fastest growing market was Latin America, which saw sales grow 34% to 105 million phones sold.