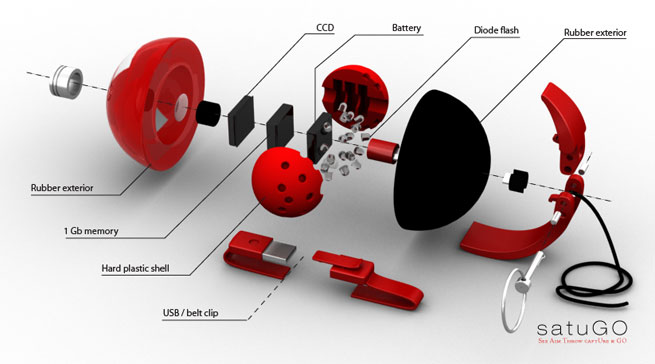 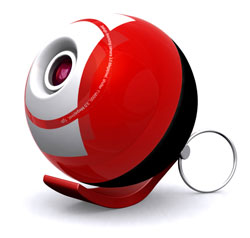 We’ve seen 39-megapixel cameras, ones that can go underwater, even those that can withstand being run above by cars, but those people in R&D never run out of ideas, do they? SatuGo has launched a digital camera that is designed to bounce along the ground and take high quality pictures. With 1GB of integrated NAND Flash memory you can be sure that you’ll have plenty of storage space as you get a worm’s eye view of everything.

Secured by several protective layers, the 3.0-megapixel digicam even comes complete with a timer and flash, but it appears to be lacking an LCD viewfinder. Not necessary, I suppose, considering you’ll be throwing this thing on the ground anyways. The battery is recharged through any USB port. When you’re not in much of a springy mode and prefer the stationary thing, SatuGo’s bouncy gadget can double as a webcam.

No word on availability just yet, but those in the know are estimating a retail price of $69.