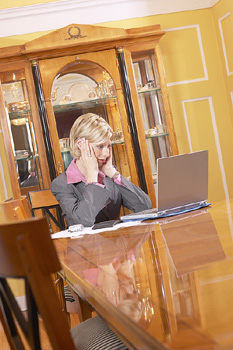 Security experts foresee a strong growth in electronic malice in 2006. This month alone, more than 40 Windows viruses have set themselves on computer users worldwide. The most well-known of these might be the Kama Sutra virus, set to strike any day now.

And it’s not just viruses. Analysts see devilish new threats on the horizon for the Internet, which is even now increasing a hundredfold the way in which sensitive information is stored and exchanged.

One new frontier seems to be hacker groups based in the Middle East. Chris Boyd, security research manager for FaceTime Security, has found evidence of increasingly sophisticated and widespread attacks, including a huge ‘bot net that numbered in the thousands of computers that could be controlled remotely. The unsuspecting owners of these remote-controlled computers had no idea that their “ownership” had bee co-opted. And, last August, two men were arrested in Morocco and Turkey for helping create the nasty Zotob virus.

Sources of electronic malice are finding new homes in addition to settling in to new havens in traditional homes, like China, Europe, and the U.S.

One new vehicle for viruses is expected to be music and video files, according to Simon Heron, technical director at security firm Network Box. “Because of the massive increase in interest there are a lot of downloads going on,” Heron said, “But most people think of it just as music or video.”

If experts are to be believed, it will not be just music or video but rather those files will be a new form of Trojan horse, with new forms of malicious attack within their digital walls.

And then there’s phishing, already rampant in emails worldwide. Unsuspecting victims in the thousands have clicked through to bogus websites purporting to be banks, financial institutions, or even corporate human resources departments. In 2005, one in 304 email messages was a phish, according to a study by IBM. Awareness is the first line of defense, experts warn.

So in this year that has already seen tremendous innovations, be wary of the malice to come. It might appear in its traditional guise, as a wolf outside the door, begging to be let in on your most personal and financial of secrets. It might also appear as a wolf in sheep’s clothing, a devastating worm housed inside the wooden walls of an MP3. Beware!