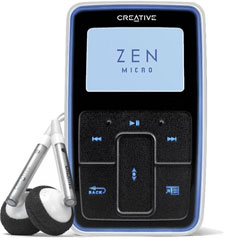 The good news is that Creative is in second place in the race for dominance in the MP3 player market. The bad news is that they are so far behind that it can hardly be called a race. They have sold 2.6 million players in the fourth quarter, which obviously includes the important holiday season. Sounds good until you consider that Apple sold 14 million iPods in the same period.

Sales for the quarter were up just over $15 million dollars from last year to $390.1 million. This allowed them to post a net income, excluding income gains, of $1.3 million. The profit wasn’t big, but it was a return to profitability after a modest loss for the first six months of their fiscal year.

Executives at Creative are optimistic for their future prospects. Their Zen Vision:M player was launched in January. Already the 30GB MP3 and video player has taken the world by storm and built hefty expectations after winning the Best in Show award at CES this year.