The stereotype goes that NASCAR is reserved for rednecks to argue over which American manufacturer is best. The picture just got a touch more complex as Toyota announced that they will be entering a NASCAR’ed out Camry into the mix, joining in on the hundreds and hundreds of laps on Sundays.

The NASCAR tracks have traditionally been the battlegrounds between Ford, Dodge and Chevy, so long-time enthusiasts may scoff at the introduction of a Japanese car into the sport. Toyota officials see this as an opportunity to further penetrate the North American market and tap into a market that may not have been accessible before. Les Unger, National Motorsports Manager at Toyota Motor Sales USA, said that the intention is to “reach the very vocal, enthusiastic and loyal NASCAR fan base.”

Toyota’s sales in the United States improved nearly 10% last year, and the company, with this move, will further their steadily increasing growth. They don’t expect to be taking NASCAR by storm…not right away anyways. Unger realizes that “we or the teams we are going to be working with are not going to be in the victory circle right out of the box,” but expect big things in the future. 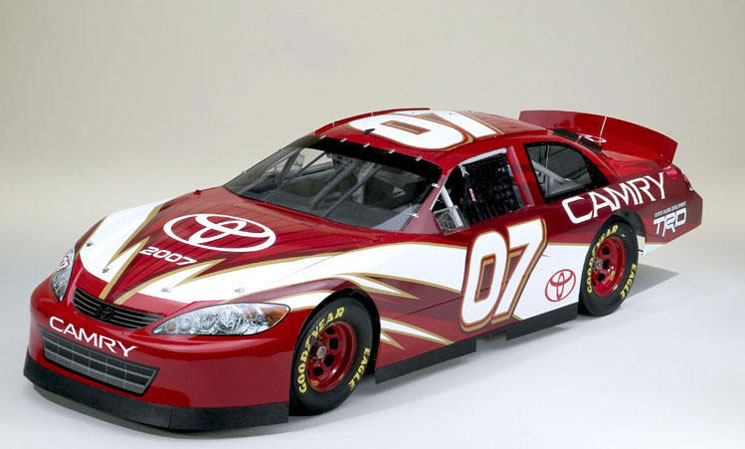