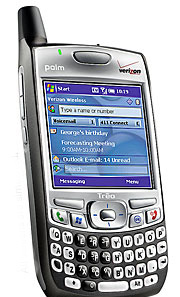 Smartphone use is expected to proliferate heavily in the next few years, according to the results of a study released by a major research company. In-Stat’s study reported that 31.5 million of the operating system-driven phones were sold globally last year, a 70-percent increase over 2004 figures. And that figure was up to 15 percent of the total number of mobile telephones sold.

Leading the smartphone charge was the Symbian OS, very popular in Europe. Among the rest of the operating systems represented were the Palm OS, the Blackberry OS, Windows Mobile, Linux, and the HipTop OS.

“The basic trend I see in mobile phones is wanting the device to become more of a reflection of who you are,” said In-Stat analyst Bill Hughes. “Customizing the phone is very personal and represents who I am. The smartphone offers greater ability at personalization.”

And with that customization will come an increasing number of applications packed into ever more powerful phones, which will be “smarter” and “smarter.”

The study, which involved more than 1,000 cusomters, further predicted that smartphone sales would increase to 115 million by 2009.