The musclecar returns with a vengeance! In response to the recently announced Dodge Challenger, touted for the 2007-2008 model year, Chevrolet showed its idea for a new Camaro that goes back to the massively appealing 60s version of the model. A recent poll on on Autoblog indicates that GM made the right choice versus other concepts displayed.

The model does look muscular, but the promise looks more than skin-deep. Specifications include a 400hp aluminum block motor connected to a six-speed transmission. Power is held to the ground through independent suspension, front and rear. Expect lots of chip technology; one will allow reduced engine load at speed, promising 30 mpg on the highway.

Don’t expect the new Camaro to be inexpensive. This is a niche product expected to take advantage of past legends, but computer chip and similar technologies are not conducive to back-yard mechanics of the past. People who spend the bucks for this beauty will expect comforts and convenience. They will also want trunk space and reliability. Hey, but even if you cannot justify owning one, it will be a treat to see updated versions of the musclecar era on the street. What’s next, the 440 Six-Pack? 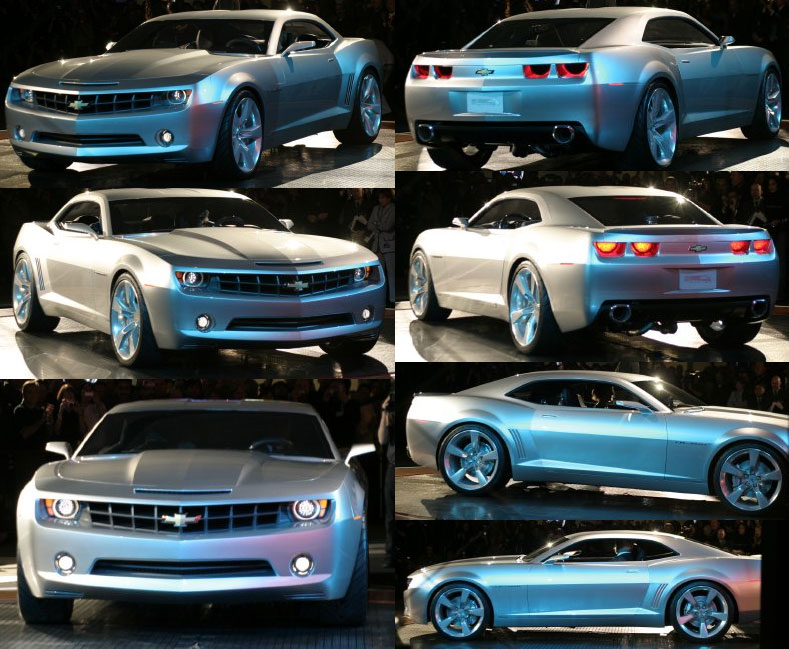