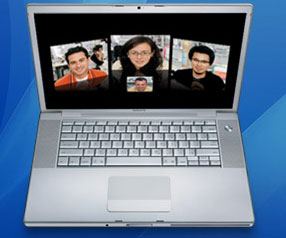 Something isn’t making sense here. When we reported on the release of the Macbook Pro a couple of weeks ago, we were told by Apple that the dual processors were four times as fast as the Powerbook G4. Now we see that Macworld has done some benchmarks on the new processors and found that that just isn’t the case. In fact, the processors showed a bump of about 25% in their tests. That’s a long way from what was promised.

Apple’s claims were based on their own published in-house tests. Macworld was unable to recreate the results. “Based on our initial tests, the new Core-Duo-based iMac seems to be 10-20 per cent faster than its predecessor when it comes to native applications, with some select tasks showing improvement above and beyond that,” writes Macworld’s Jason Snell.

The inevitable discussion that will stem from this is why Apple went with Intel in the first place, when other chips are consistently faster. One popular theory is the consistent production that Intel can offer. Conspiracy theorists will have their own take.