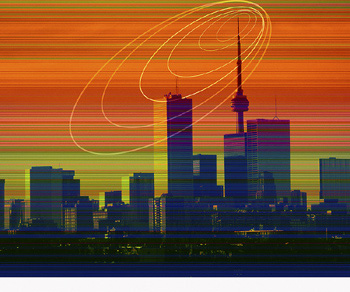 Digital technology has arrived in full force in the radio industry, one of the last holdouts against such “modern” marvels. Just a few days ago, CBS Radio and Clear Channel Radio began broadcasting ad-free digital side channels in 43 markets combined.

Why digital? Similar to the benefits of the technology for television, radio can capitalize as well. For example, digital technology allows a broadcaster up to four FM channels in the space of one now. Another prime benefit is an improvement in sound quality: AM stations, known for their hum and hiss, can sound like FM stations; and FM stations can sound like CDs.

Another main reason might be the 800-pound gorilla that is downloadable music. The technology popularized by iTunes and the iPod, has changed the way that people acquire and listen to music, while also providing high-quality sounds in the process. The result has been a wide movement away from traditional music sources, such as advertising-free commercial radio.

Like it or not, the perception is that downloadable music is a huge advancement in technology, pushing the listening experience far away from traditional sources like radio. And by embracing digital technology, radio broadcasters can claim that they are trying to keep up.

“HD Radio is the future,” said B. Caroline Beasley, chief financial officer of Beasley Broadcast Group, a prime mover in the digital radio market in Florida. “We have to respond to the emerging competitive technologies.”

One stumbling block, of course, is the equipment needed to hear digital radio. Like HDTV, which requires users to buy special devices, HD Radio can be accepted and reassembled only by special receivers, which are now, because they are an emerging technology, still relatively expensive. Pricetags now hover around the $500 USD mark, and industry experts foresee a 50-percent cut in price by the end of the year.

Also sure to be a hit with digital radio listeners is the paucity of advertising so far. The vast majority of HD Radio broadcasters are sending out their digital signals with music only (no ads). That “experiment” will continue into 2007, the industry leaders say, and then all bets are off.

“We will look at different types of ads,” said John Hogan, president and chief executive of Clear Channel Radio. “There’s a need to do it differently. Radio is reinventing itself by taking advantage of and embracing new technologies.”

So, should you run out and buy an HD Radio receiver? Depends on what you want out of your radio-listening experience. The technology is coming to the traditional medium, slowly but surely.