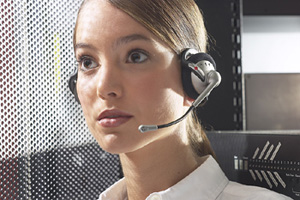 Tesco has announced plans to launch VoIP service, the United Kingdom telecom giant announced late Thursday. Current customers can switch from landlines to VoIP service, accessing a phone number that they can carry with them should they wish to move house.

The company aims to provide top-notch, error-free service for its customers. Andy Dewhurst, chief executive of Tesco Telecoms, said that his company was at the forefront of a move toward digital phone calls.

“Consumers have not yet caught on to internet calling but this is now set to change,” Dewhurst said. “What they have been looking for is a service that is simple, easy to use, convenient and great value.”

Tesco isn’t the first U.K. company to make the jump to VoIP, but its market share (the largest in the country) is such that the move could have large ramifications for competitors.

The deal includes a partnership with Australia-based Freshtel, a leading Internet phone company.

Tesco is more than a telecommunications company. In fact, the company is known best for its supermarket business, the largest in the country, which also includes home delivery. Among the other offerings are items more commonly found in retail outlets. (In fact, the company resembles a Super Kmart or Super Target, American companies that sell what seems like everything.) The company also offers financial services, including insurance.