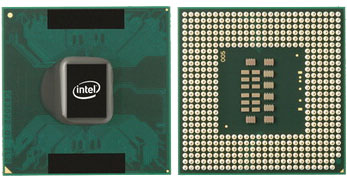 So, you thought you could take advantage of the ultra powerful graphics offered by Core Duo without having to sacrifice anything? *Buzz* Wrong. It really should come as no surprise, though. According to tests conducted by Tom’s Hardware, the beefy graphics engine that accompanies Core Duo laptops is to blame.

The tests revealed that the average battery life per charge is only about two hours. That’s nowhere near long enough to watch the latest Peter Jackson film, or to even get started on your World of Warcraft quest. Tom’s is reporting that it’s not really Core Duo’s fault, and if notebook computers turn down the graphics, you’ll be enjoying the long life you’d become accustomed to from Centrino notebooks.

But… doesn’t that defeat the whole purpose of the technology? Everyone wants Core Duo for its ability to handle ultra high graphical output. In essence, then, you’re not really picking up an ultra-portable laptop, per se. You’re really packing a not-so-portable desktop replacement machine.