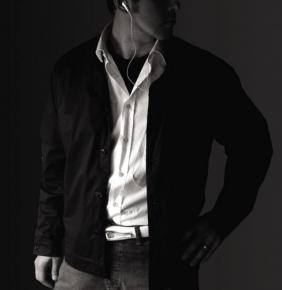 Interactive clothing for the iPod anyone?

Koyono unveils the BlackCoat Work, a male jacket that features control panels on its sleeve for the Apple iPod. The innovation makes the BlackCoat one of the 700 iPod accessories expected to be launched in the market, and one of the four lightweight suits due this Spring that incorporates controls for that wonder of all wonders – the Apple iPod. The water-repellent jacket is slated to be released in March 2006 and costs US $179.

The Koyono male jacket works by attaching the iPod to it. The user can then operate the music device by accessing the buttons located at the coat’s sleeve.

Jay Yoo, Koyono’s founder, attributed the design and innovation to Eleksen. Yoo said, “We think the Eleksen fabric control technology opens up a vast array of possibilities for how we can effortlessly integrate with our technology. We are looking at how we can use this innovation in all our designs.”

Eleksen’s textile technology, ElekTex, allows fabric to be used as keypads or buttons without significantly altering the texture of the cloth. Previous technology featured hard panels or switches that did not blend well with the apparel, thereby limiting its appeal to the consumers. With ElekTex, touchpad’s are really actually made of fabric.

The BlackCoat Work will bear the “Made for iPod” logo, making it an official iPod accessory.