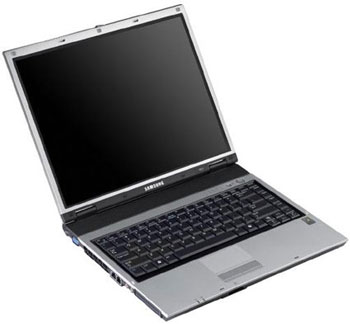 If you’re in the market for a Core Duo laptop, Apple’s MacBook Pro isn’t the only option you have. Out of South Korea, Samsung Electronics has announced its spin on the processor technology with the announcement of the X60 platform. This is the next generation of notebooks for Samsung, and the next logical step past the Sonoma-based X50.

Look for the unit to be powered with dual 1.6 GHz processors. Other notable features include a 15.4-inch WXGA widescreen display. Also, some excellent built-in wireless connectivity can be had with the integrated Wi-Fi and Bluetooth 2.0. Not much other information has been released, so keep your ears peeled for more as it becomes available.

Like so many other nifty gadgets we hear of through the grapevine, the Samsung X60 may never find its way onto North American shores, but it does serve as some indication that Apple is far from being alone in the world of Core Duo technology.