It’s just a prototype at this stage, but Matsushita (Panasonic) is the latest company to fire a shot in the battle to replace lithium ion batteries with the next generation of power sources. At CES last week, the company unveiled a prototype of a fuel cell for a notebook. For the purpose of the demonstration a Matsushita Let’s note P4 notebook was used. The fuel cell provided 20 hours of continuous power.

There is definitely progress being made. This cell uses half as much fuel to achieve 20W as an earlier prototype did. Unfortunately, a commercial cell is a long way off despite the progress. Matsushita doesn’t expect to commercialize the product before 2010. 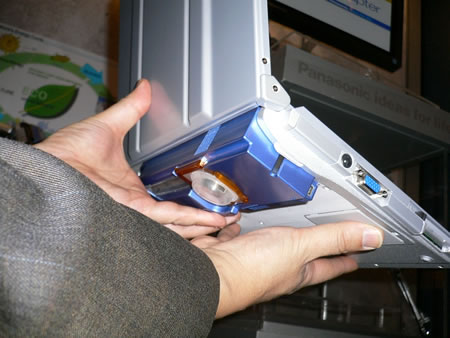