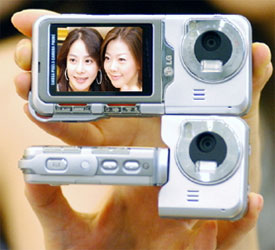 Although we here in North America have yet to experience the multi-megapixel goodness that the people over in Korea are enjoying, the 5-megapixel (or more) cameraphone wars are heating up between the two worldwide leaders in CDMA: Samsung and LG. The two companies have sold more than 300,000 handsets sporting 5MP+ cameras.

LG’s flagship comes in the form of the Turning Dica Phone (SV550, KV5500, LP5500). The platform launched last August and has sold over 150,000 units to date. The company emphasizes that their success can be attributed to designs and functions catered specifically to customers’ needs. These include swivelling hinges, self-camera modes, and super-slim designs.

Samsung, Korea’s top mobile phone manufacturer, isn’t about to play second fiddle to its LGE cousin. Its first 5MP camera phone was released more than a year ago, in November 2004. Nowadays, the 7-megapixel V770, of which the company has shipped 10,000 units, is one of Samsung’s premier offerings, but not for long. Look for 8-megapixel phones very soon, maybe even this month… in Korea. 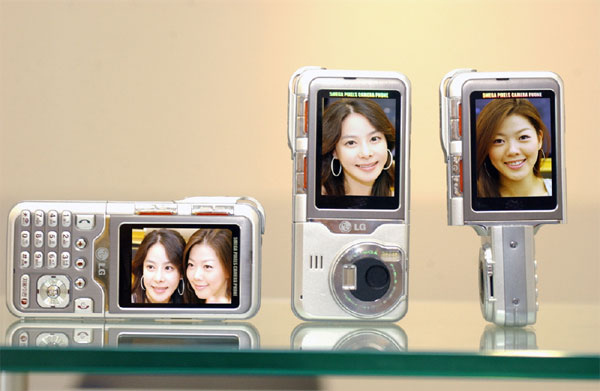