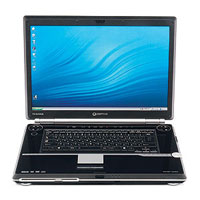 The next generation Qosmio A/V notebook from Toshiba was unveiled to the public at the ongoing CES 2006 at the Las Vegas Convention Center, Las Vegas. The Qosmio notebook from Toshiba is the first notebook to support HD DVD and Dolby Home Theater. The support for Dolby Digital plus and Dolby TrueHD audio will be provided through the HD DVD rom drive in the Qosmio. Apart from this the Qosmio also features the full suit of Dolby technologies such as Dolby Digital, Dolby Digital Live, Dolby Pro Logic II, Dolby Headphone, and Dolby Virtual Speaker.

Speaking on the same occasion Director of PC business at Dolby Laboratories, Greg Rodehau commented, “Toshiba has once again elevated the innovation bar by taking the PC entertainment experience to the next level, providing not only support for HD DVD, but also the best in audio quality,” said Greg Rodehau, Director, PC Business Unit, Dolby Laboratories. “With Dolby and the new Qosmio, it will be easy to forget we’re talking about a PC. Consumers will be enveloped by the audio and display capabilities.”

Toshiba is displaying its Qosmio notebook PC at the ongoing Consumer Electronics Show, 2006, at the Dolby booth as well as its own booth.