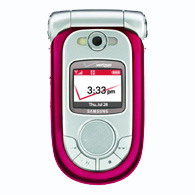 Samsung’s SCH-a950 music service will soon be available in a new form, sporting V CAST Music from Verizon Wireless. The result is that Verizon users can download full songs onto their phones.

And it’s not just songs. Digital audio, including podcasts, is also part of the process.

The process involves a computer being used a gateway, but a few clicks here and there and the music is instantly waiting on the mobile (in the same way that you need a computer to serve as the gateway between the Internet and your iPod or other mobile music player). The dedicated interface on the phone front allows users easy access to downloaded music.

“With its stereo sound and music playback capabilities, combined with the exciting content available through Verizon Wireless’ V CAST Music service, the a950 puts the power of mobile entertainment where it belongs, in consumers’ hands,” said Peter Skarzynski, senior vice president of Samsung.

The phones will be available at Verizon Wireless stores and other locations beginning January 16. Retail price is expected to be US$99. If you already have a Samsung a950, you can take it to a Verizon Wireless Store for a software upgrade.