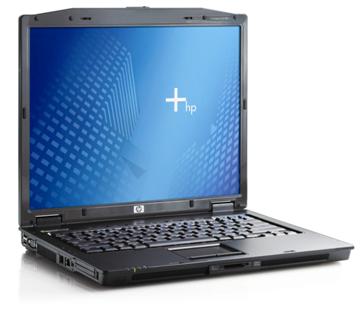 They might be a little late to the party, but it’s better late than never for HP to jump on the EV-DO bandwagon with their first laptop implementing 3G cellular technology. The nc6140 will be taking advantage of Verizon Wireless’ Evolution Data Optimized (EV-DO) network, allowing for a wireless broadband connection to the internet without being restricted to WiFi hotspots.

Outside of that major selling point (keep in mind that several other laptops that have already hit the market, or on the verge of, that already implement some form of 3G technology), expect all the usual bells and whistles that accompany mid-range notebook computers these days. A large-ish 15-inch widescreen display, WiFi, Bluetooth 2.0, four USB 2.0 ports, and a 1394 port are among its features. You’ll have your choice of either a 1.83 GHz or 2.0GHz Pentium M processor for this 6-pound, 1.2-inch think laptop.

The HP nc6140 should be available directly from HP right now, with prices starting at $1399.