It took longer to get here than I would have thought, but Samsung is finally giving us satellite radio on the go. The company has released a full line of portable XM satellite radios with MP3 capabilities.

The jewel of the new collection is the Helix XM2go. This is the one that will offer live satellite reception wherever you are without a docking station. It has Flash memory which will allow you to store 50 hours of recorded XM content or audio files in MP3 or WMA formats. A nice trick is the FM transmitter which lets you beam the satellite content to any FM radio nearby. It also features XM + Napster, which allows you to bookmark songs you hear on XM to download from Napster. It has a color display screen to keep everything organized. The whole thing comes in a reasonably sized package – 3.7” x 2.2” x 0.6” and 4.5 ounces. You can have your own in the first quarter of this year for $399.99.

The rest of the line is made up by the Nexus XMP3 players. Like the XM and Sirius products currently available, they offer live satellite radio when in a home or car docking station and recorded content on the go. The Nexus 25 stores 25 hours of content. I’ll leave you to guess how much the Nexus 50 holds. They are just a little smaller than the Helix. They are also lighter on the wallet – $199.99 for the Nexus 25 and $249.99 for the Nexus 50. 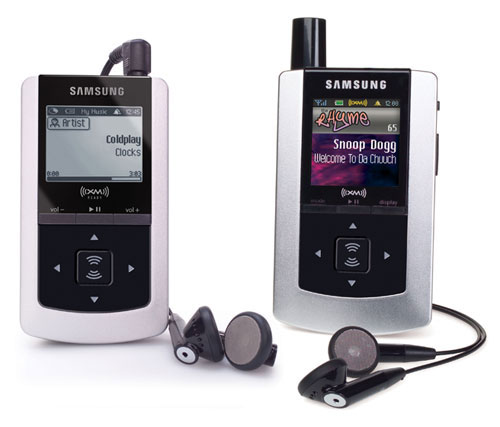