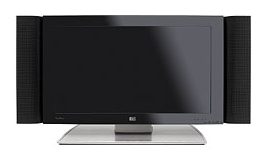 Hewlett Packard, eschewing the subtle single-product announcement, took the curtains away from a huge line of new products at CES on Thursday. Among the dizzying array of new items for the electronic-conscious were nine HDTVs, four consumer notebooks, seven high-feature digital cameras, a digital entertainment desktop computer, and a home movie service.

Leading the way was the 37-inch HP Advanced Digital Media LCD TV, with which you can enjoy video, music, movies, and photos from computers networked throughout your home or business. Also a leading feature of this new model is the possibility of direct Internet access. The result is a full multimedia portal on which you can enjoy streaming video and audio, from your computer or from the Internet.

A true media center was also unveiled. The Media Center TV m7300 Series PCs turn the tables on traditional electronics roles, enabling users to watch and pause live TV as well as do traditional computer-based activitites such as share and enjoy photos, music, and home videos. The computers come with optional wireless keyboard, mouse, and remote as well, with remote range up to 10 feet. Wi-Fi connectivity is also an option.

One of the new notebooks showcased was the dv1000 Series, members of which allow users to view movies and photos and listen to music without accessing the full operating system. The other series, the dv8000, sports Ultra BrightView technology that approximates a plasma or LCD television display.

The digital cameras on offer continue HP’s trend toward producing machines that make it easier and easier for novice picture-takers to create great-looking images with a few clicks of a button.

Pre-installed in all cameras and computers is HP’s Snapfish, an online photo service that now also offers movies.