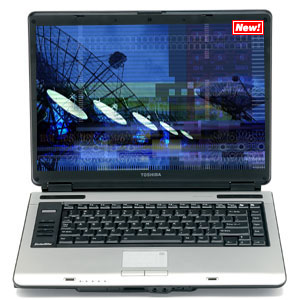 Yet another notebook computer is getting a “style” update, as Toshiba unveils the A105 Notebook series, with emphases on look and feel.

The main feature of the laptop is its sleek design. The rounded edges suggest a more elegant animal than the standard database-driven computer, and the colors available make this machine a top choice for those who want their machines to stand out a bit.

The hardware is there, too, with SATA hard drives leading the way, a 533 MHz DDR2 memory core, a DVD SuperMulti drive that reads and writes in up to 11 formats, and an attractively wide yet manageable 15.4″ widescreen, sporting TruBrite technology. Another selling point is the Express Media Player, which allows playback of CDs or DVDs without requiring a boot into the operating system.

The whole machine weighs in at just 6 pounds.

Prices range from US$1,049.99 to US$1,579.99. The notebooks are available now, from Toshiba Direct or from leading computer retailers.