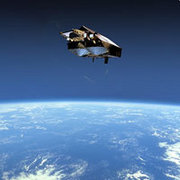 In a major boost to the European Unions ambitious Galileo global positioning system, the first satellite of this program was successfully launched on Wednesday from the Baikonur Cosmodrome on the steppes of Kazakhstan.

Speaking on the launch of the satellite, Franco Bonacina, spokesman for the European Space Agency, said, ”The satellite is up in space and transmitting signals. This is an important step for Europe. It’s a tool that Europe is giving itself that will be independent of the American system, although it will be [technologically] compatible with the American system.”

The Galileo space program, which is to have a total cost of $4.3 billion, will ultimately hoist 30 satellites into space, thus ending Europe’s dependence on global positioning systems currently controlled by the U.S.

The Galileo system is expected to be operational by 2008 and completed by 2010 and will be more precise than its U.S. counterpart, capable of providing ”real-time” positioning with an accuracy of within 3 feet, whereas the American global positioning system has an accuracy of roughly 16 feet. Both these accuracy levels are meant for civilian use.

The test satellite Giove-A is equipped with high-precision atomic clocks and ”signal-generation” equipments. The main objective of the launch is to send navigational signals to map out frequencies for the Galileo program, study the effects of radiation on equipment to be carried by operational satellites, and perform trials on guidance gear. A second test satellite, called Giove B, will be launched in the spring.

European Transport Minister Jacques Barrot said in a statement from Brussels, “The launch of Giove is proof that Europe can deliver ambitious projects to the benefit of its citizens and companies. Radio navigation based on Galileo will become a feature of everyday life, helping with everything from [avoiding] traffic jams to tracking dangerous cargoes.”

According to the European Space Agency, by 2020, the global market for satellite navigation services will expand to some 3 billion users, mainly reflecting prospects that the technology will soon be integrated into mobile phones and other devices. The eventual aim of the Galileo program is to ensure that Europe becomes a major player in a field which has huge commercial potential and is expected to create 140,000 jobs in Europe in the next decade.

For long, Europeans have fumed that international satellite navigation technology relies too much on the U.S., which was further heightened when last year, President Bush warned that global positioning satellites might be shut down during times of national crisis to prevent terrorists from using the technology. For Europeans, such moves can create havoc on the operations of shipping companies and other businesses highly dependent on the GPS. To thwart any such eventuality from happening, the EU has pledged that the Galileo system will never be switched off for military reasons.

”Galileo is made in Europe by Europeans,” Bonacina said. “If the Americans want to scramble GPS, they can do it whenever they want.”

Some critics based in Europe have critiqued the whole program and termed it as an exercise in political upmanship. They said that the U.S. globe positioning system is free of charge, highly efficient, and scheduled for major technical upgrades in the near future, so there was no need to start such an expensive program.

Initially, the Pentagon objected to the European project, on the ground that Galileo’s signals might interfere with advanced satellite systems being developed by the U.S. military and may pose a security threat in wartime. The dispute was ended last year, ensuring that the European system would be compatible with U.S. navigational equipment.