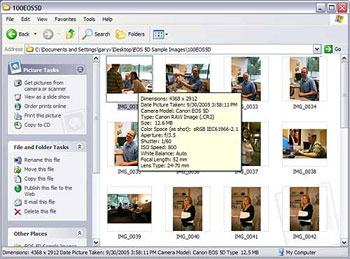 It was rumored that Microsoft was about to release RAW Image thumbnailer and viewer version 1.1. They fooled us, instead, by launching version 1.0, Build 50. Those crazy guys. Of course, the fact that the new build contains most of the changes expected in the new version makes it all kind of odd.

There are a bunch of changes in the new version, but none of them are really earth shattering. They have added support for more Canon and Nikon cameras, and improved performance for some other models. There is a new “Save As…” button on the toolbar, which allows you to save as either JPEG or TIFF. They have also added fixes for several of the problems that have popped up in earlier versions. I don’t know why they would do this – it is the glitches that make us love Microsoft products.

The download is now available for you as long as you can prove that you are running a legitimate version of Windows.