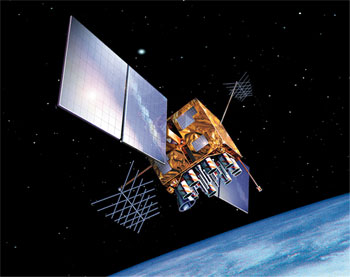 Many people rely on GPS technology to avoid getting lost. The first of the next generation of GPS satellites is now operational, the U.S. Air Force and Lockheed Martin have combined to launch the GPS IIR-14. The technologically advanced satellite will broadcast the first new GPS signals in more than 10 years.

The satellite has a modernized antenna panel which broadcasts stronger signals to receivers on the ground. It offers two new military signals that provide improved accuracy and a second civil signal which will allow open access on a different frequency. For military use it offers enhanced encryption and anti-jamming capabilities, and who knows what ever else they haven’t told us.

The satellite was launched September 25 from Cape Canaveral in Florida. After testing, it was declared operational on December 16. Now that it is a success, a second IIR satellite will lift off in early 2006. Lockheed Martin is contracted to provide eight of the satellites in coming years.