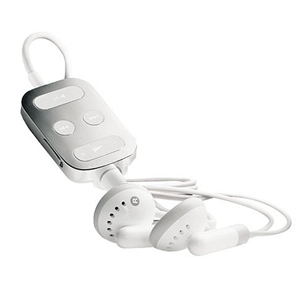 We know your mom probably told you many times, but now its coming from a professional. Dean Garstecki, an audiologist with Northwestern University, has warned that wearing ear bud headphones might increase the chances of hearing loss.

He says that the ear buds which are mostly used with devices like iPods, MP3 players, etc, increase sound signals by as much as 6 to 9 decibels, and are likely to result in loss of hearing. This is an obvious fact, the design of these headphones creates an almost seal within your ear, enclosing more sound waves and thus raising the sound pressure level.

Garstecki said that a large number of young people due to their music listening habits are experiencing the kind of hearing loss which is usually found in aging adults.

Some people, especially students, love to listen to the music at high decibels sometimes reaching up to 110 to 120 decibels, which has the potential to cause hearing loss with just about an hour of listening, the problem is further aggravated with ear buds directly plugged into the ears.

The doc advises the use of wearing old fashioned muff-type ear phones, lower volumes or go for noise canceling headphones, which cuts off the background noise as possible solution to the loss of hearing due to ear buds.

He also expressed his apprehension about the use of noise canceling headphones picking up because of the high cost and large size associated with them which may not find favor with the fashion-conscious youngsters.